Smart Farming is a Meet and Code project organized by “Udruzenje Kobzart” and Hunjadi Janos Elementary School and supported by SAP and TechSoup Balkans. Its aim is to have a better insight into what extent programming is used in agriculture.

As part of the project, a group of students carried out different micro: bit experiments with a sensor kit and discussed the possibilities of the implementations of computational thinking and programming in agriculture. Below you can read their reports. 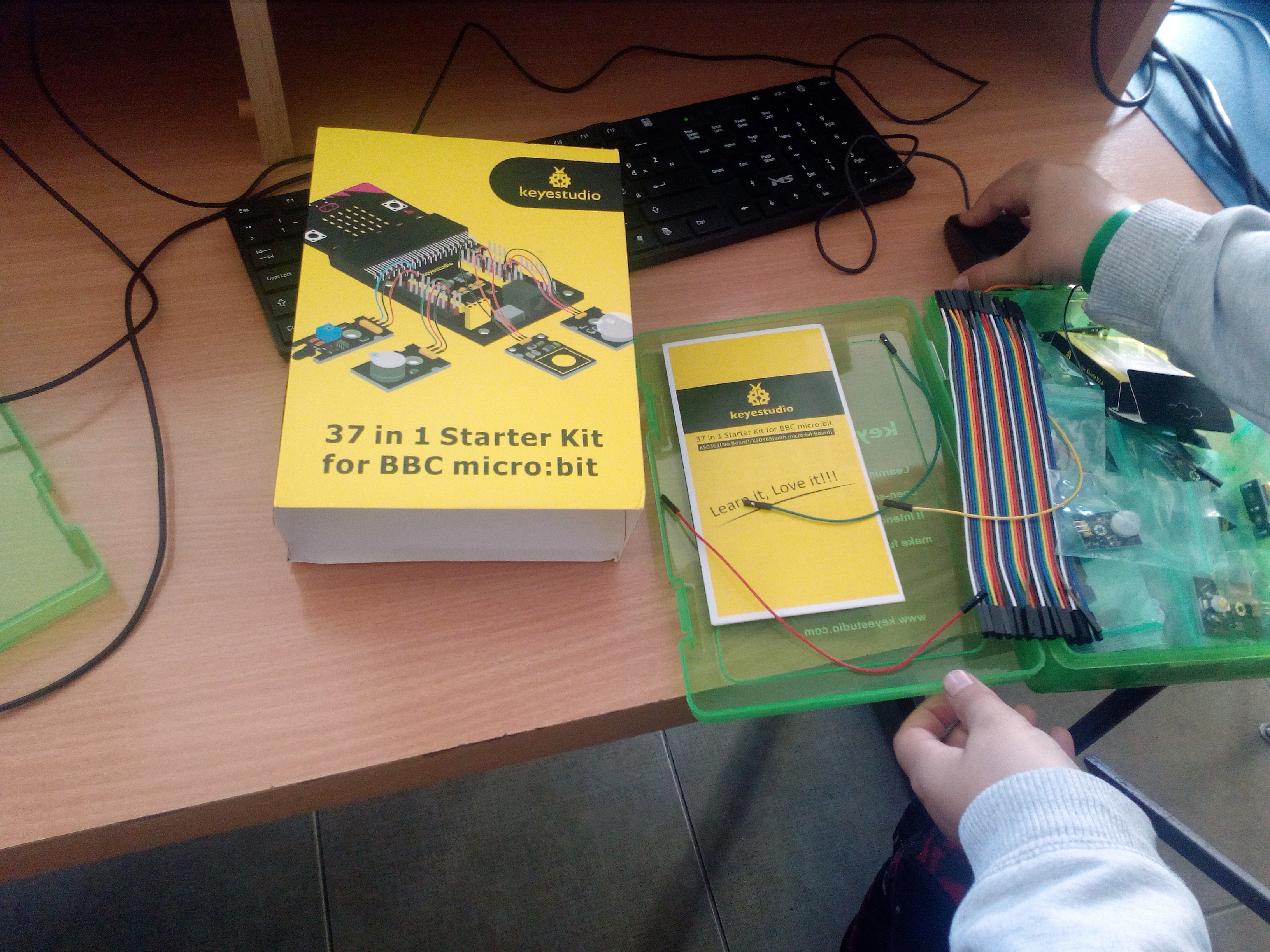 “I was lucky enough to try out the micro: bit sensors kit. I tried two projects,  the first one was called LED Blink. I wrote the program with Make Code. The program was pretty simple to make and very interesting. There’s a LED light which was blinking after we connected the micro: bit to the shield and LED light sensor. After all, I felt satisfied because my program worked. The second project, the Button was simpler than the first one, I liked it too.” (Benjamin Triznja)

“We were so happy to try out the micro: bit sensor kit. We made the Traffic light project. This was our first project and it was so interesting. The first step was to write the code with Make Code. Then we had to download this code to the computer and then put it on the micro: bit. After that, we connected the traffic light to the shield with the micro: bit. For the first time, the Traffic light didn’t work. Our teacher helped us to fix it and then the Traffic light started to flash. First the green light, then the yellow and finally the red. We can’t wait to do other projects.” (Nikoleta Žužić, Violeta Kiralj) 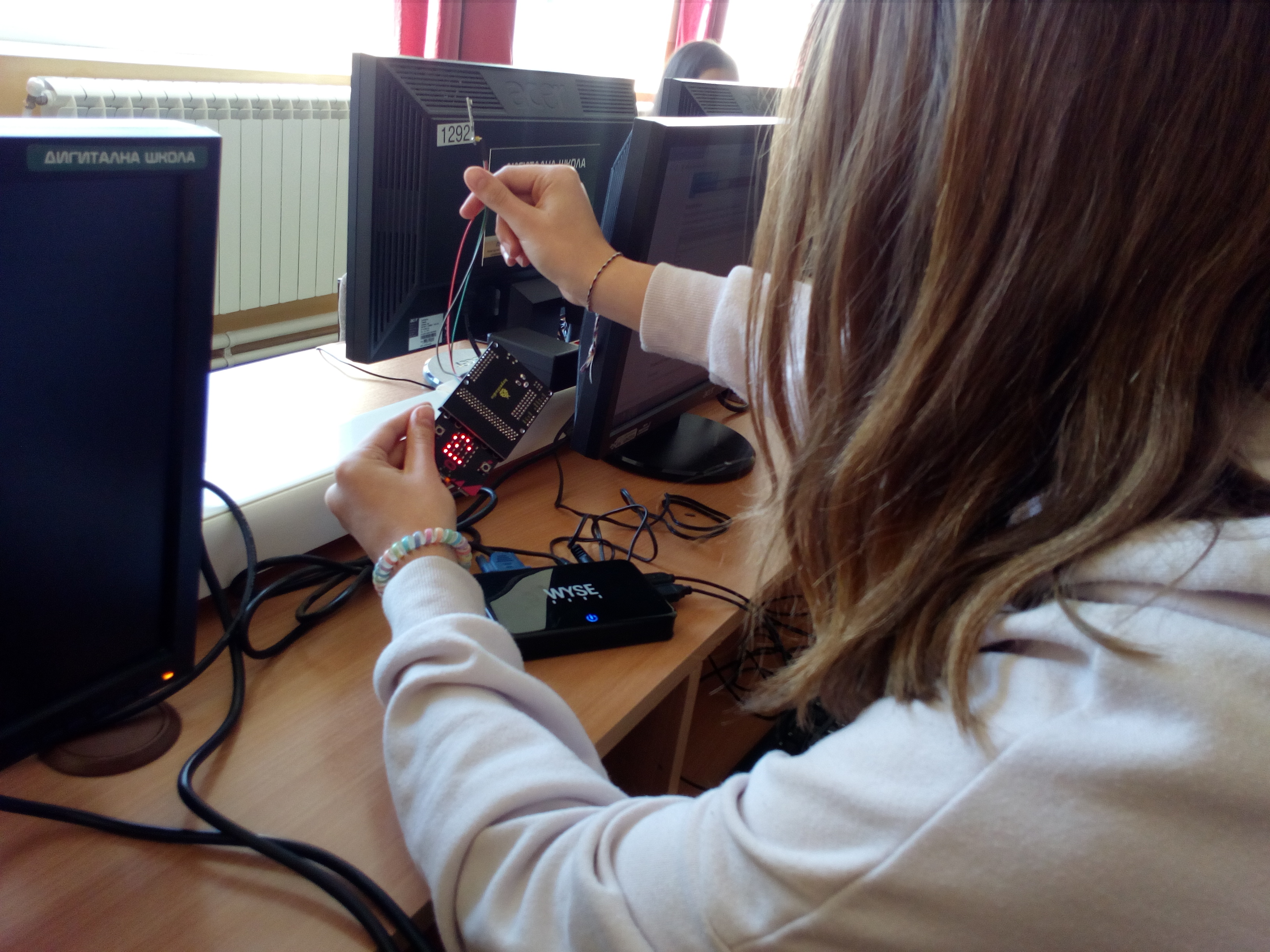 “I was very happy to find this ultraviolet detector project. I used the micro: bit sensor kit to do this task. First, I wrote the code with Make Code. I downloaded it and put it on the micro bit. Then I inserted the micro: bit into the shield and connected the sensor. It started to work. There were different numbers on the micro: bit showing the light intensity. I’m glad I was successful with the project.” (Violeta Kiralj) 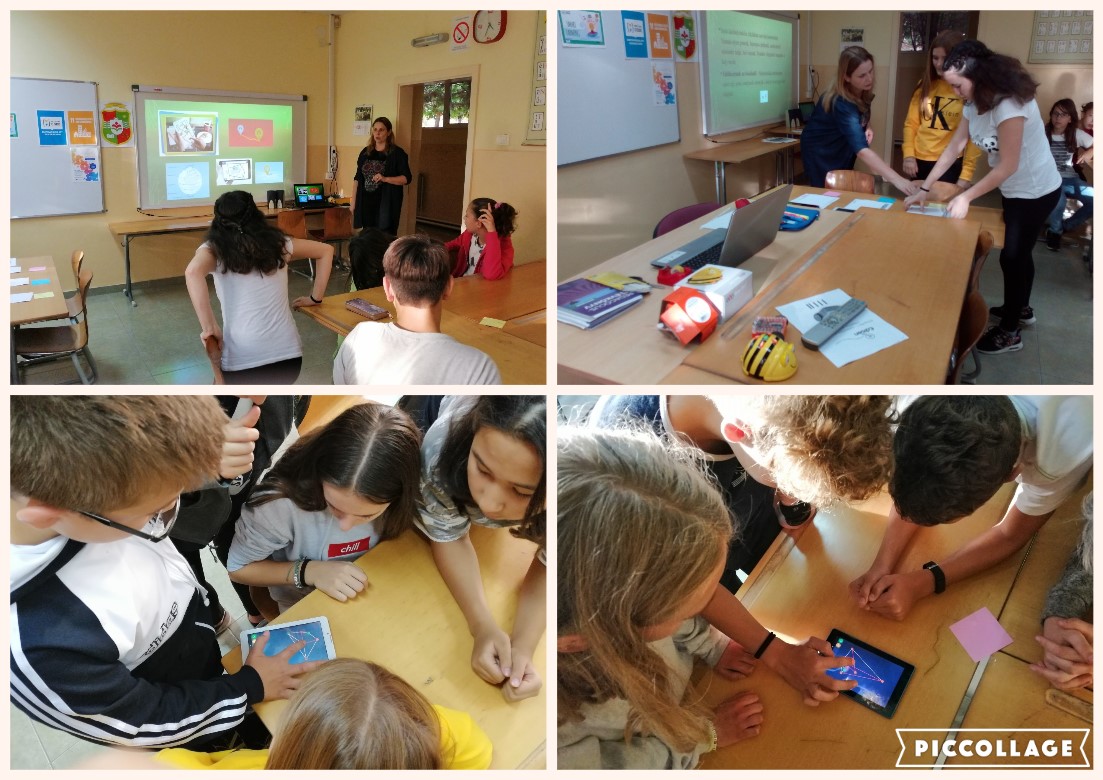 On 14 October, we participated in a workshop called Smart Farming. It was about data collection, algorithms and problem-solving. Our Maths teacher, Ms Gabriella, introduced the topic and gave us different tasks (collect information about our area, do different calculations, etc). We practised mapping and map reading on paper and on Google Maps, too. My favourite activity was when we had to write down the addresses of the other groups’ members. In the end, we controlled a Bee-bot and an Edison robot. The teams played against each other. It was fun!  We concluded that smart farming is completely different from today’s farming in our area. It is more about data collection via drones and apps. This afternoon was great, we learned a lot of things. (Sifan Yu, Viktória Krgović) 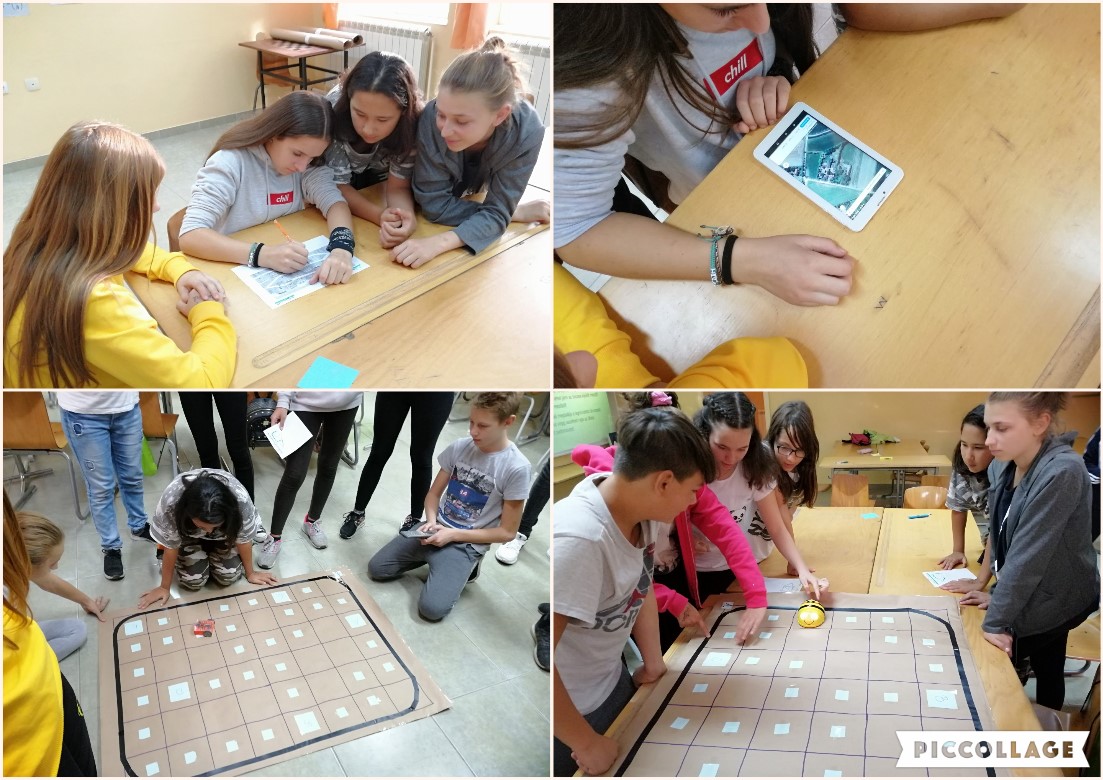 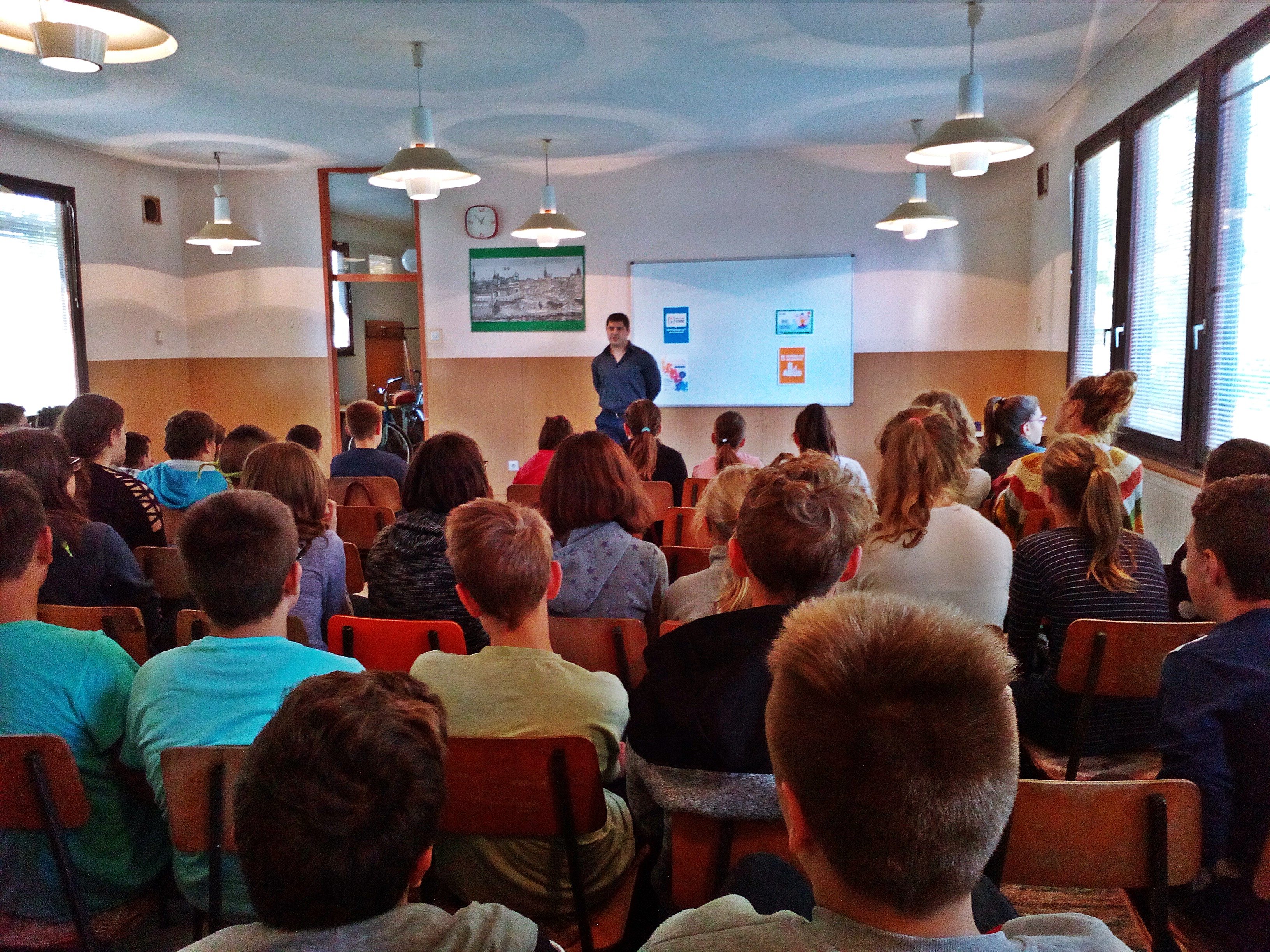 “On Tuesday, 15 October we attended a local professional programmer’s presentation about coding. This event was organized as a part of a Meet and Code project called Smart Farming at our school. The programmer talked about how he always wanted to be a programmer and where he studied for this job. He said if you want to be a programmer you need to study in a grammar school or vocational school because you will improve your mathematical skills in the first one and technical skills in the latter one. You will also need a good command of English as well as communication and collaboration skills. Anyone can be a programmer only he needs to be persistent, Mr Turzai said. He also talked about how people can use programming in agriculture. He has a project which is about testing an irrigation system application. Farmers can water their plants automatically with the help of this app.” (Hanna Horváth Kávai, Viktória Csákány)